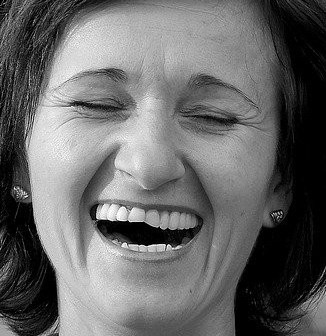 The Effects of Laughter Therapy on General Health and well-being

The psychological benefits and effects of laughter on human health are well-known, and several studies have shown its positive benefits for human health. The science that studies laughter and its effects on the body is called gerontology.

Gerontology (the science of laughter) formulates four dimensions of humor that can be directly related to protection against negaholism.

Communicative effect – humor has a refreshing, relaxing, and stimulating effect and contributes to the development of friendly-constructive relationships in the team. This will consolidate the working union and make relations more stable in crises and conflicts.

Health effects – laughter is healthy! Numerous studies suggest that humorous reactions have a lasting effect on the immune system, that laughter reduces the risks of fainting, relieves pain, effectively reduces stress, promotes blood supply and digestion, and helps fight high blood pressure, which is a threat to executives.

The meaning of laughter therapy

In the absence of a definite classification, the words … Laughter therapy … humor therapy … and … Laughter is synonymous, but they are not the same thing. Humor therapy is a subtype of laughter therapy, where laughter-stimulating materials such as comedies, books, and stories are used to create laughter. Humor therapy is carried out either in a group or individually. Group therapy encourages participants to discuss, for example, what they saw or heard was funny.

The disadvantage of group therapy is that it can be difficult to find materials that would seem funny to all participants. Individual humor therapy differs in that the therapy is based on the choice of materials for each individual and his or her sense of humor. The goal of humor therapy is to move a person’s thoughts away from his or her problems, reduce stress and create positive feelings

As mentioned in the humor therapy mentioned above, we could talk about hospital clowns, which have been used since 1986 in America. Research shows that hospital clowns reduce stress for children and their parents, children are more willing to work with doctors and have a more positive attitude, as well as they adapt better to hospital conditions, cope better with medical procedures for their illness and its consequences.

Laughter meditation is similar to the practice of meditation, but its purpose is to evoke laughter. Unlike humor therapy, there is no external stimulus to create laughter.

Like laughter meditation, laughter yoga does not use external stimuli to generate laughter. Laughter yoga is a relatively new discipline, founded by Indian physician Dr. Madan Kataria, who founded the first laughter club in 1995. At first, the activities of the laughter club were based on telling jokes, but soon the club’s existence was threatened by members’ resentment of rude jokes. However, based on her research work, Kataria concluded that the human body does not distinguish between pretended and real laughter.

In both cases, the same hormones are secreted. With laughter. However, based on her research work, Kataria concluded that the human body does not distinguish between pretended and real laughter. In both cases, the same hormones are secreted. Following this idea, Kataria developed several exercises that are about laughing yoga training. Laughter yoga. Laugh yoga training consists of four stages in total 1 / rhythmic clapping with dance movements .2 / deep yoga breathing exercises.3 / childish playfulness.4 / laughter exercises/laughter yoga. Today, laughter is widespread around the world and more than 6,000 laughter clubs have been established in 60 countries 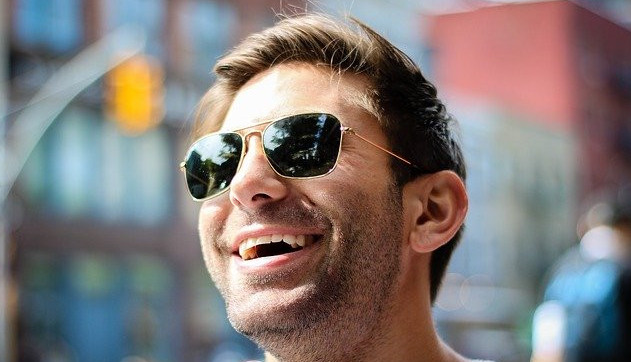 Why laughs are good

Under constant stress, a disease called chronic fatigue syndrome develops. American researchers have found that positive perception and physical health response to the affected brain center. Stimulation of them helps to prevent many diseases. The most natural way to affect this zone is sincere laughter, which produces the hormones of happiness -Endorf, serotonin, and dopamine. In parallel, the production of stress hormones -cortisone and adrenaline slows down

The benefits of laughter for a person’s physical health.

The founders of gerontology were the famous cousins of Norman. He had a rare bone disease that doctors could not cure. The cousins did not allow themselves to be discouraged but instead watched comedies for days. To the surprise of the doctors, the disease receded and a month later Norman had already gone to work. He remained in history as a “man who made a death joke” Since then, scientists have found many facts that confirm the health benefits of laughter. Experts have proven that it stimulates the strengthening of the immune system. In a laughing person, the level of stress in the body decreases, and antibodies are actively produced to fight various infections.

Cleansing the lungs and bronchi. When laughing, a person inhales as deeply as possible, which allows them to fill the lungs with fresh air and get more oxygen to the body. Nowadays, active laughter is practiced, which is useful for people with asthma, shortness of breath, or other breathing problems. Cleansing the endocrine system. The endocrine glands work better when oxygen-enriched blood enters the sputum. The youthfulness of the skin depends directly on the functioning of this system. Reduction of the risk of cardiovascular disease. After intense laughter, the pressure normalizes, the muscles relax and the blood vessels empty

Improving the work of the stomach and intestines. Tension and relaxation of the abdominal muscles normalize the work of the gastrointestinal tract, accelerates the excretion of harmful elements from the body. Relaxation of the neck and back muscles, This feature is useful to know for those who have a sedentary job. In this regard, the skin breathes better and ages more slowly

Smile when you interact with people 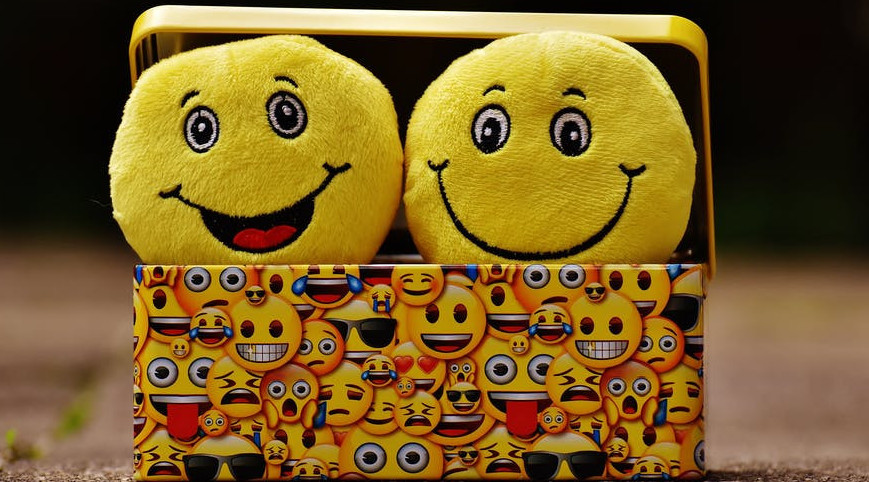 Laughter helps to build relationships with others and maintain them for a long time. A smiling interlocutor even has a conversation with a stranger. Often a conflict situation can be resolved painlessly by treating it with humor.

When meeting people / Smile, an open and friendly attitude towards the communication partner is expressed

During a telephone conversation. Even without seeing a person, it is easy to recognize what mood he is in and how much he is willing to communicate.

If the interlocutor is angry, he can be reassured with a smile of approval or understanding

The result if you have been laughing for a while then it is similar to how you would have done breathing exercises i.e. yoga/tissue and organ blood supply will increase, blood pressure will return to normal, health and mood will improve.

Breathing becomes deeper and longer during laughter, exhalation becomes more intense and shorter which causes the lungs to be completely released from the air Three to four times faster gas exchange and headaches can be reduced

Laugh so that your stomach shakes

A very useful exercise that shakes the abdominal cavity and massages the internal organs, ensuring good health. So the newborn breathes over time, this innate deep abdominal breathing skill is forgotten and replaced by a superficial. In which only the upper parts of the lungs are involved

When you smile, the facial muscles contract, which is directly related to the blood supply. Also, the smiling person’s face is more pleasant to communicate than the frowning face.

But what about people who they think can not laugh? Doctors recommend in this case to do it artificially for 5-10 minutes, which provides the facial muscles with the necessary work, which means brain nutrition

Laughter as a workout

Laughter is a very effective workout. When we laugh running nearly 80 muscle shoulders, the neck, face, and back muscles relax, the diaphragm vibrates and the pulse speeds up. One minute of laughing is equivalent to 25 minutes of training

There is a proven positive effect on the digestive system and people who make fun have a 40% lower risk of cardiovascular disease than gloomy people.

Laughter in the fight against oncology

Has published a book entitled “Laughter cures cancer.AustriaSigmund Feyrabend believes laughter and diseases reflect a human worldview. The Laugh does not tolerate lying, it is born deep in the human soul and genuine laughter can cure cancer. Strengthening the protective function / which means that if we laugh, it has an inhibitory effect on the development of malignancies

Tests performed show / Allergy The patient was injected with an allergen and sent to watch Charlie Chaplin’s comedies. One and a half hours after starting to watch, the results were visible.

The exact mechanisms of action of laughter are not known, but a positive attitude probably increases the body’s immunity

Excessive laughter should be avoided by people with a hernia, lung diseases / chronic bronchitis, tuberculosis, pneumonia /, eye diseases, pregnancy/ pregnancy that is at risk of abortion/ complications after surgery. In these cases, you should limit the fun manifestations so as not to burden the internal organs 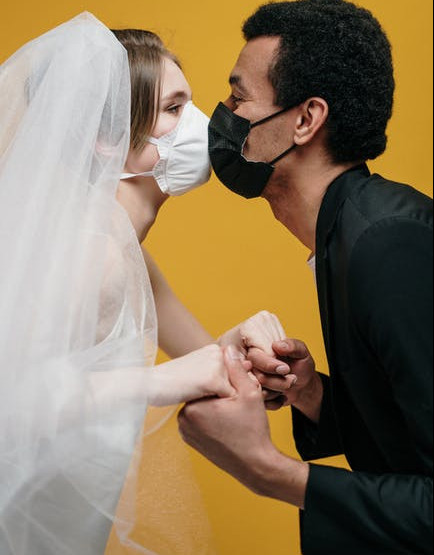 Humor is not an easy job

Everyone has problems and they arise as if by themselves, the opportunity to enjoy oneself should be nurtured. It is important to know the absurdity of failure or accident in any situation.

Here is an example from life itself / a lady wears a clown’s nose in a glove box. When shi into a traffic jam and gets tired after work, he monitors it and monitors the reaction of other drivers. A proven way to alleviate the situation and save nerve cells.

Take the slightest chance to laugh. Learn to see the cartoon in real life

I think healthy laughter is nice. For a positive attitude, I recommend watching comedy movies or stand up comedy clips from YouTube, there is absolutely for every taste. If you feel depressed here just laugh and the bad mood will disappear. Laugh boldly and you will be amazed at how your life and health will change.

Think of why a child laughs from the heart as if the grandmother stumbles and no one tends to forbid it. General research has shown that if children laugh about 300 times a day during the day, then adults will only laugh 13-15 times. If we become a little child again and try to laugh a few times a day with all our hearts.